Hello, my name is Clement, I'm a Software Engineer based in San Francisco, California.

I have spent a bit more than 6 years working with multiple teams at  Apple:

In 2016 I was a main speaker at Apple's WWDC where I presented the new stuff we added to SpriteKit (french accent included). 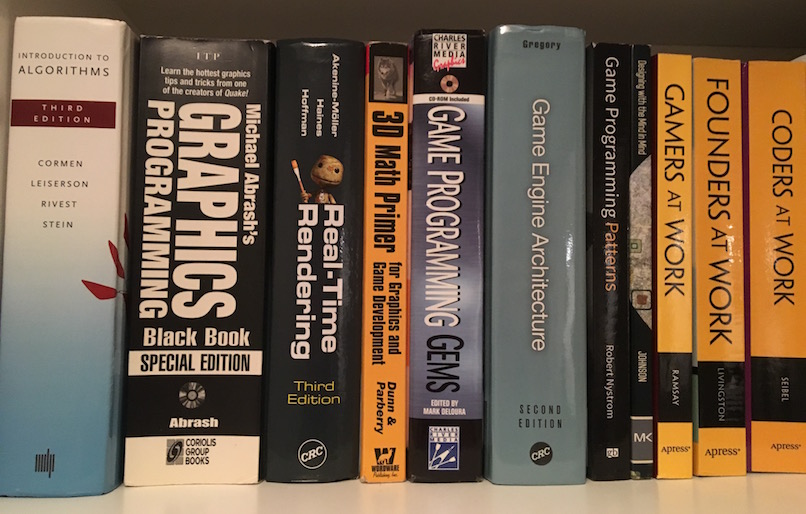 Quick overview of my tech library, with from left to right:

Technical books have the bad habit of getting outdated fast... however I still consider this library not only as a good reference but also a source of inspiration & motivation!